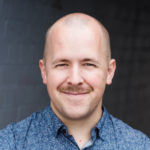 Witness continues in 2020 with the help of our supporters. Particular thanks to the Australian Government through the Australia Council for the Arts.